Remember with and in "everything" “If you want to find the secrets of the universe, think in terms of energy, frequency and vibration.” ~ Nikola Tesla

The 24 of June 1947, the pilot Kenneth Arnold, flying over a mountain range in the state of Washington, saw a formation of nine flying objects of unknown origin. He explained that these vehicles were moving " like a dish that was bouncing off the water." this sentence, distorted by the press, gave birth to the myth of the " flying saucers ", in Spanish flying saucers. In the years that followed, the testimonies multiplied and ovoid objects were invading the skies of America. The rise of the cold war did have the worst nightmares to the citizens of the United States with regard to the nature of these devices, that is to say, a Soviet origin. Maybe was an imminent attack by the Russians. However, the preliminary evidence, the superior technological capability to borrow the flying saucers favored the parallel belief in their potential extraterrestrial origin. Both hypotheses will still be competing in the following decades.

"As World War II ended, the race was on with the Soviet Union to seize as many German scientists as possible in anticipation of the Cold War. The full story has remained elusive until now. Operation Paperclip, by Annie Jacobsen, provides perhaps the most comprehensive, up-to-date narrative available to the general public. Her book is a detailed and highly readable account of the program. Jacobsen compiled extensive primary and secondary sources, duly annotated in over 100 pages of notes and bibliography. In it are many new sources, among them US government records (President Clinton’s “Nazi War Crimes Disclosure Act”), German archival records, first-person accounts, memoirs, and letters. The book also contains a useful index and biographies of the principal players." @ https://www.cia.gov/library/center-for-the-study-of-intelligence/csi-publications/csi-studies/studies/vol-58-no-3/operation-paperclip-the-secret-intelligence-program-to-bring-nazi-scientists-to-america.html


But I must say that Ufos are out of fashion since the 50 s, thanks in part to the genre of science fiction that exploits people's level in magazines and movies. It is as a result of the anxiety and the excitement of the popular German nationalist groups who invest these stories, spreading the rumor that the flying saucers are actually German secret weapons. Will be followed by a wave of incredible rumors, each author will repeat the arguments of the previous to the time that the beautifies, mixing, speculation, fiction and fable, the historical references, with this idea in común:después of the defeat, the Nazis, they would have continued working on The Shade to build a fleet of flying machines ready to conquer the world...


"When Space Shuttle Atlantis landed at NASA's Kennedy Space Center in Florida on July 21, 2011 and headed to a museum, we were told that the U.S. Government no longer had any space-capable vehicles, and that we would have to rely on other countries and private companies to get into orbit and service the Space Station. That was a deception. In actuality, since the late 1980s, the U.S. has joined with a handful of other nations to create a secret international Space Fleet operating with antigravity technology adapted from Star Visitors technology. This program, code-named 'Solar Warden', has now grown to 85 small disc-shaped "scout ships" and 10 elongated-delta-shaped motherships [each longer than three football fields joined end to end]. There are also additional intermediate-length deltoid spacecraft as well. The Solar Warden Space Fleet is operated by Naval Network Warfare Command's subcomponent Naval Network and Space Operations Command (NNSOC), headquartered at Naval Support Facility Dahlgren, VA.

The Solar Warden Fleet utilizes launch facilities at Vandenberg AFB, Lompoc, California and the Utah Test and Training Range in the desert west of Ogden, Utah.  The existence of the 'Solar Warden' Fleet is not meant to imply that all or even most UFO sightings are of Human antigravity craft. Most sightings of actual antigravity crafts are of extraterrestrial vehicles. NNSOC has approximately 365 personnel on Earth and in space. NNSOC operates in cooperation with the Central Security Service-Operations Division and its work to protect Star Visitors in near-space and on the ground. The Solar Warden Space Fleet's vessels are staffed by Naval Space Cadre and Marine Space Cadre officers, whose training has earned them the prestigious 6206-P Space Operations specialty designation, awarded after they have graduated from the Naval Postgraduate School in Monterey, California with a Master of Science degree in Space Systems Operations. Space Cadre Officers receive space operations training at NASA, and after graduating and a space flight are awarded the Naval Astronaut or Naval Flight Officer Astronaut insignia.

Other member countries' Navies and Marines furnish men and women officers to this program also. This space-security mission is two-fold.  One part of the Space Fleet's mission is to prevent rogue countries or terrorist groups from using near space to conduct warfare against other countries, or to fire from space on Earth-bound targets. Star Nations has made it quite clear that space is to be used for peaceful purposes only.  A second part of Earth's Space Fleet's mission is to prevent the rogue global-elite control group, the Cabal, from using its orbital weapons systems, including nuclear missiles and directed-energy beam weapons, to intimidate or attack anyone or any group on Earth it decides to target or extort.

Because the Space Fleet has the job of being Space Policeman within our solar system, its program has been named Solar Warden. The Space Fleet operates under authority granted by secret Resolution of the UN Security Council. The U.S. component is so highly classified that when British civilian Gary McKinnon hacked into U.S. Space Command computers during 2001-2002 and learned of the existence of "non-terrestrial officers", "fleet-to-fleet transfers", and a secret program called "Solar Warden", he was charged by the Bush Justice Department with having committed "the biggest military computer hack of all time."

The Solar Warden Space Fleet also operates with the approval of Star Nations, the organization of advanced intelligent civilizations in our galaxy. Star Nations has the policy that the citizens of a planet have the responsibility to work out the operation and regulation of their societies as best they can. Lest anyone think that Solar Warden is an errant flight of fancy, important corroboration of this information is found in the National Defense Authorization Act for FY 2012. Section 912 of that Defense Bill refers to the Secretary of Defense being authorized to purchase and take delivery of "space vehicles". (Relevant Section 912 reproduced below*.)  Further confirmation of this Program is provided by the House Armed Services Committee's Hearing on July 22, 2004 on the "Space Cadre Program and Space Professionals".

'Solar Warden' Space Fleet's vehicles were constructed by international black-project aerospace contractors, with contributions of parts and systems by the U.S., Canada, United Kingdom, Italy, Austria, Russia, and Australia.  And while the U.S. contributes the most people to staff the Solar Warden Space Fleet, there are also crew members from UK, Italy, Canada, Russia, Austria, and Australia.  It is to be noted that the mandate and jurisdiction of the Solar Warden Space Fleet is our Solar System, and that space security patrol function is shared jointly with Star Nations. Our Space Fleet does not have jurisdiction on and does not meddle in Human affairs on the ground, nor Human activity occurring within Earth's atmosphere.

Those are the jurisdictions of the respective governments in each country and the air space above their territories. Solar Warden Space Fleet's mandate is to keep our Solar System peaceful and free from misuse by any Earth country trying to conduct war-like, illegal or environmentally-harmful activities in space. Solar Warden does not replace the responsibility of Earth governments to conduct their own law enforcement and policing on the ground or in the air space over their countries. And so, humankind has not only gone to the Moon (and, secretly, to Mars also), but human spaceships regularly patrol near space. Earth has thus taken preliminary steps towards eventually becoming a full-fledged space-faring civilization. Insha'llah." - Richard Boylan, Ph.D., Star Nations Councillor for Earth  @ http://www.drboylan.com/usspacefleet.html

Selections from the book "Aboard a Flying Saucer" by Truhman Bethurum.
Churches are allway filled.
The first lesson to the children are teachings about honesty neatness and order.

Educatiin is foremost in the minds if the Clarion minds

Cooperation  among all the peoples is an inherent feature of their lives and poverty is unknown. 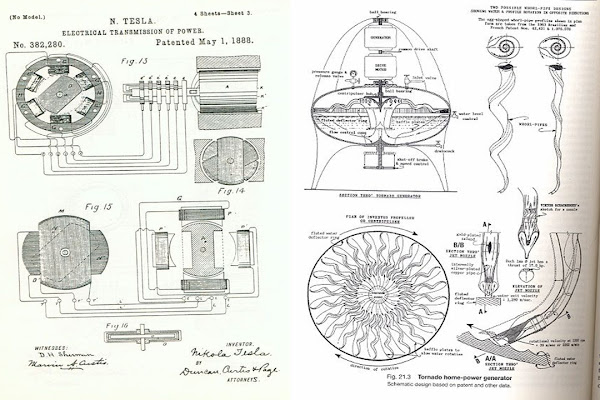 Email ThisBlogThis!Share to TwitterShare to FacebookShare to Pinterest
Labels: 963 Hz

Email ThisBlogThis!Share to TwitterShare to FacebookShare to Pinterest
Labels: Tesla Coil How it works

https://risingplanetproduction.blogspot.com/p/blog-page_14.html?m=1
at March 27, 2021 No comments:

“According to Ervin Laszlo, the coherence of the atom and the galaxies is the same coherence that keeps living cells together, cooperating to form life. When a complex system made up of many interacting parts is operating, sometimes an unexpected jump to a new level of complex organization happens. Our human body is made up of many such levels, each formed by another jump in complexity. Our lowest level of the cell jumps up a level to body tissue, to body organ, to body system and to the whole body. We are therefore formed with many onion skin like levels that all cooperate in complex ways to make one whole human being. It is really amazing how it all fits together.


At the same time, in the human realm of consciousness, we are – as far as we know – the only creatures able to contemplate who we are, why we are here and how we fit into the universe. We can even contemplate on the fact that we can contemplate about who we are and how we fit into the universe. This coherence also allows evolution to happen and that has enabled us to evolve from a microscopic bacterium right through to the complex beings that we are with all our mental, physical, emotional and spiritual capabilities.


Ervin Laszlo presents a theory that helps to tie both together. He proposes that the quantum vacuum – which we know contains all the information of our history from the Big Bang to now – is also consciousness. Everything in the universe therefore has consciousness; from a pebble to a tree, to a cloud, to a person. While this goes against the view of mainstream science, there are some highly respected scientists such as Freeman Dyson, David Bohm and Fritjof Capra, who support the idea that the universe is in fact conscious. Ervin Laszlo says that life happens because it comes from the quantum vacuum.”@ https://www.scienceandnonduality.com/akashic-field-and-consciousness/
https://risingplanetproduction.blogspot.com/p/blog-page_14.html?m=1
at March 27, 2021 No comments:

Remember with and in "everything" “If you want to find the secrets of the universe, think in terms of energy, frequency and vib... 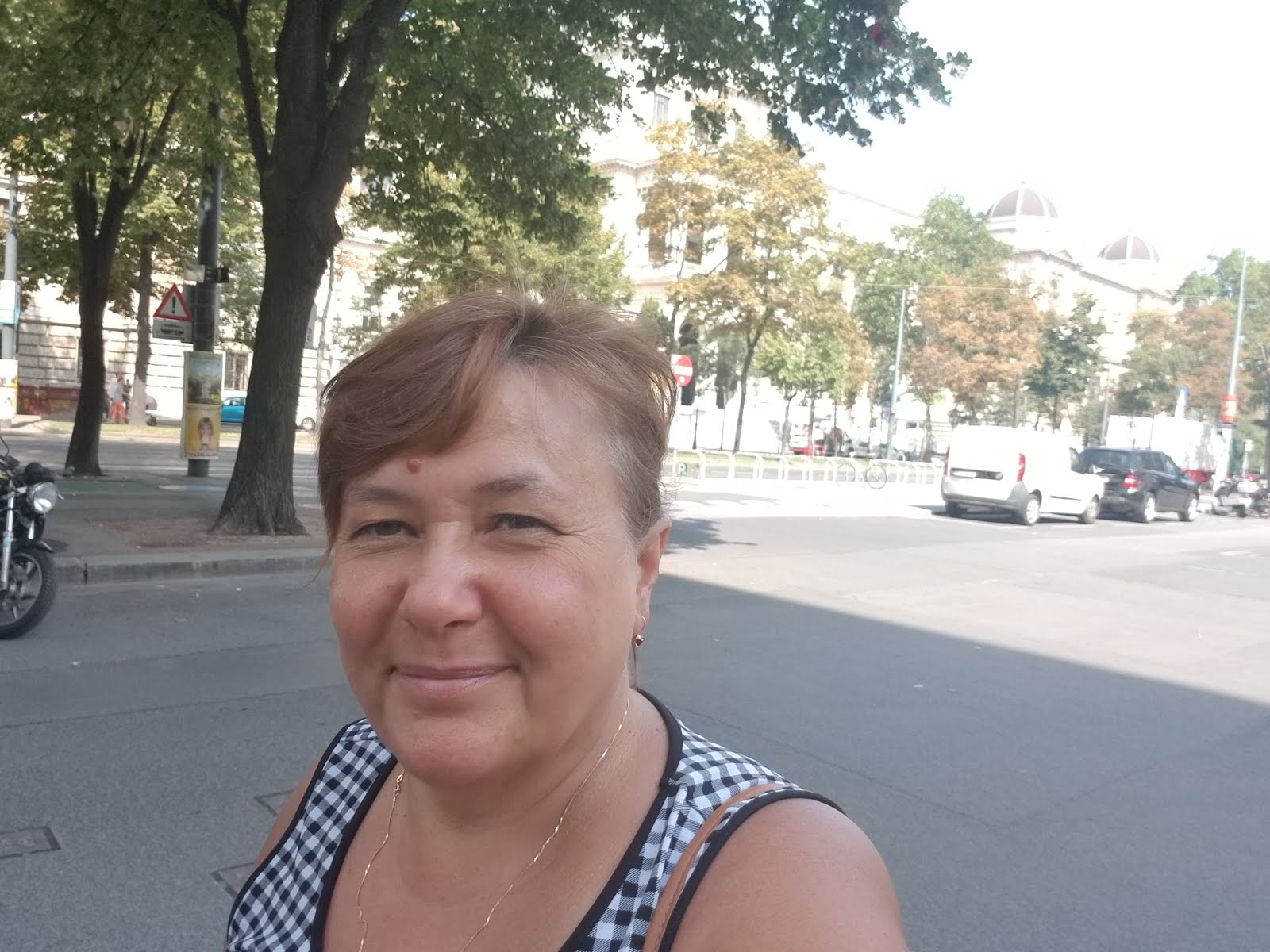